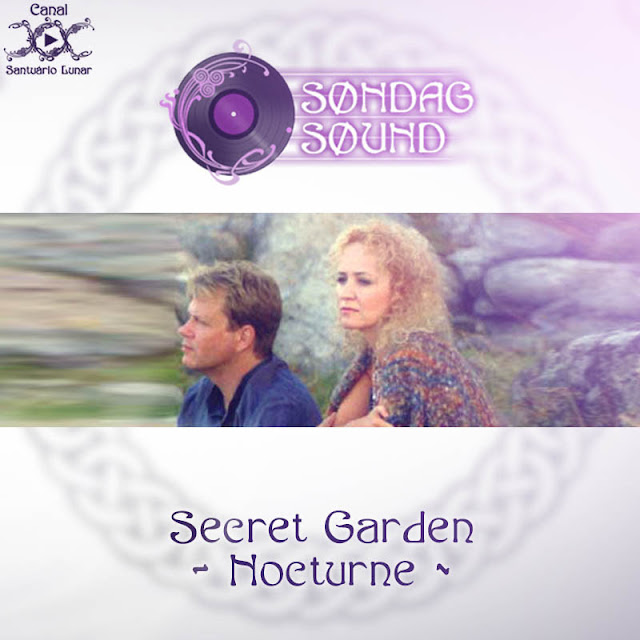 Søndag Søund brings, on Sundays, artists and songs somehow related to Pagan traditions, to Wicca, to witchcraft, and to magic.

This post is about Secret Garden, an Irish-Norwegian duo specialized in instrumental music. They are Fionnuala Sherry, Irish singer and violinist, and Rolf Løvland, Norwegian composer and pianist. Secret Garden released their first album, Songs from a Secret Garden, in 1996, but they were already known for winning Eurovision Song Contest in 1995 with the song Nocturne. Since then the duo released several other albums and singles.

Their songs evoke different kinds of emotions and they are usually relaxing, making us keep in contact with nature and magic. Nocturne is a very special song which can bring comfort during the night, a period in which our magical powers and dangers are grown.

Check below the video, song, and lyrics for Nocturne by Secret Garden )O(

Now let the day
Just slip away
So the dark night may watch over you
Nocturne
Though darkness lay
It will give way
When the dark night delivers the day
Listen to the Søndag Søund playlist on Spotify!

I'm Daniel, a Pagan Witch. I created Santuário Lunar to gather the manifestations of the Goddess in one place. I also created Trismegistia to share Pagan Music for body and mind.